What makes a "friend"? These days that's a hard question to answer. Especially in the modern era of social media... It seems that real relationships get more difficult to start and maintain the older I get. It's certainly not impossible to make a new friend at 46 years old. But it was a lot easier at 6 years old. Here's how I put the social in social media...

A friend request comes in... Shit, how do we know each other? There are a ton of questions that go through my head when I see that notification. I'm reluctant to add you to my friend list if you don't meet certain criteria. And those criteria change frequently so I can't even answer your question about what those criteria might be...

Are you a neighbor? I don't mind being friends with most of my neighbors. You'll probably get a yes. It's way easier to invite you to a pool party or church (😂) if we're FB friends.

Are you a work associate? I'm super picky about who I let into my private world. I'm sarcastic and snarky and sometimes that doesn't translate from a computer screen to the real world. So if a business associate gets the wrong idea about something, it can literally have an effect on feeding my family. So more often than not, it's a "No" from me dawg.

Did we go to the same school? Again a tricky one. Most of the time you're good. But some of the fringy people go straight to the rejection bin.

Are you my Mother? Enough said.

Did we date? I mean I'd like to say "Oh no way! There's not a chance in hell you're getting in!" But who are we kidding here, you're straight to the top of the list with a hell yes. We're both trying to scope each other out and see how the years have treated us. And you added me so who's the winner at the end of the day... 🤣

Do you even know me IRL? Have we met in person? If we haven't met in real life then your chances are slim. I don't just let randos slide into my DMs. Now there are exceptions to this rule. If we have a ton of mutual friends and I've heard of you then you will be placed in the maybe pile. Usually, I'll stew on it for a while before I respond. So if you friended me and it took some time, just know that you were a maybe...

The inverse basically holds true for me to request you as a friend... I don't just add people because I dig their pics. Most of the time it's because we've just met. And I'm not afraid to make that first move. Again there are exceptions, but I figure that someone can always say no if I seem creepy or whatever. Rarely do I ask for someone's friendship if we haven't met.

So, you've made the list (or I have)... Congratulations on being my friend. But don't get too comfortable just yet... Most of you will stay. But if you're an asshole you're probably gonna get dropped. But, sometimes the "keep your friends close and your enemies closer" method is employed. There's a chance you fall into that camp, dear asshole.

My most favorite way to keep my friends on the list is the "have we shared a beer" or "broken bread" together method of friendship. I have quite a few friends who pointedly ask to go out for a beer or lunch to stay in my graces... This sounds like they're pandering to me but actually, it's a great way to keep each other caught up with real life. Because we know that social media is only a small portion of our true and real lives.

I currently have 999 FB  "friends" and it doesn't mean too much to me. (Aside from the value that having a friend brings to one's life.) But sometimes it's too much and the list needs to be pruned. A while back I devised a way to thin it out and it turned out to be pretty controversial. So I thought about going through the list and taking my time to weed out the undesirables. But I knew that would take a lot of time because I had a lot more "friends" than I do now.

So then I thought, well how can I go through the list little by little, day by day so that it's manageable? And I came up with this: Birthday notifications come pretty much every single day and most days were 2 to 3 to 5 names that I could glance at and make a judgment on. So on any given day, I see a list of names of potential people to unfriend. Some people thought it was mean. I still think it's genius. It's not done out of malice or from a hurtful place, it's convenience and that's that.

When I first made the announcement, a lot of people who knew they weren't going to have a beer or break bread with me reached out to me directly via IM and said: "Please don't unfriend me." Most of their requests were rewarded. Some people unfriended me before I could unfriend them. Fine by me, saved me the trouble of doing the work myself. It remains a great method of thinning it out to this day. Although unfriending doesn't happen as often as it did in the past. My friend list is pretty tight and there's not a lot of excess baggage on the list these days.

(UPDATE: It has taken two writing sessions to finish this post. And in between those two sessions, I had to add someone as a friend because I needed to ask them a question via IM. {Someone from my neighborhood whom I'm also on PTSO with.} So I have officially passed the 1,000 mark of FB friends. There was little fanfare.)

So online friends are one thing, but what about in the real world? How do we make that transition to real-life friendship if we're not already? I don't know where I heard or read this, but it sticks in my mind and is relevant to this discussion: "To have a friend, you must be a friend." Read it again. And really think about that. I'll wait.

This is harder and harder the older we get. I realized that I was wanting the benefits of having friends but not putting in the work of being a friend. So I aim to do something about that. And I know for me I have to fight through the resistance and insecurity around it. Here's how I fought back recently.

My wife must think that I'm a crazy person sometimes... (She's not the only person that thinks that, but it's all good...) This is a summary of a conversation we had a couple of weeks ago:

Me: "I'm going to lunch next Tuesday."
Her: "Oh. Have fun. Where are you going? Who are you going with? Is it a work thing?" (I make her sound needy and aggressive in this exchange. I assure you she's not like that and she doesn't really care that I'm going to lunch without her. She's more interested in where I'm going for lunch and whether or not I can bring her food or some kind of treat when I'm done. And that ladies and germs is what 22 years of marriage is really like. 😂)
Me: "I'm going with a guy from Facebook."
Her: "Ok..." Pause. "Wait, what?"
Me: "A guy from Facebook. We've been friends for a little while. We have lots of mutual friends. He's married and has kids, he's a realtor, he lives somewhere close by, and he's from Chicago. That's about all I know. So I asked him to lunch so I don't have to unfriend him."
Her: "So where are you going?"
Me: "Probably that Chicago place..."
Her: "Ok well have fun and bring me a pizza puff or a hot dog if you can..."

Cut to last Wednesday. we met at the Chicago place. He had a Chicago dog and I had a combo (which is a sausage and hot beef on a roll with giardiniera) and it was delicious. We each got our own pizza puff but shared a tamale. Thanks for meeting me, Ryan. And paying! Next time is on me! That right there is the beginning of a beautiful new friendship. Both online and offline. Thanks again for helping me put the social in social media.

Wait... Did I go on a date? Well I didn't kiss him goodbye so I'm gonna say no. Plus no hand stuff, plus we're both married, so I don't think so... (Isn't that what the kids are doing these days on a first date? Hand stuff? No?)

So that's my new mantra and something I'm trying to be better with... It's all about being a friend... So you never know, you might hear from me one of these days, and if you don't, don't be afraid to reach out to me. My life is way more than the pictures of food that I post. And I'm also interested in what you have going on! So let's connect soon! I know I won't get to all 1,000 people this year, all I can do is try... Thanks for being my friend! 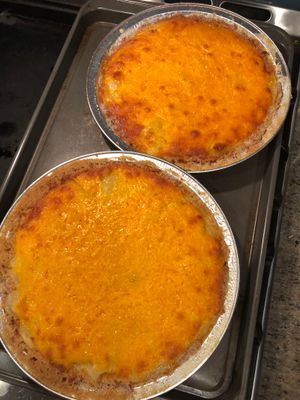 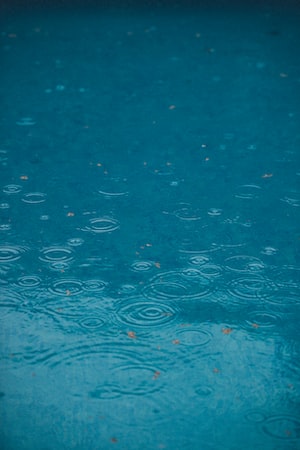