It rained today. It's always so exciting when it rains in Arizona. Sure we could use the water, but more than that, we could use a break. I'm not complaining that it's sunny all the time. That's why I live here. But dammit if a nice chilly fall rainy day doesn't warm your soul a little bit. I had a delicious hot beverage this morning. Wrapping my hands around my warm Starbucks mug whilst wearing sleeves on my arms is just... Muah... Chef's kiss... There's just something that resets our psyche when it rains. Especially in the Fall after such a long Summer.

I think I might have perfected my hot chocolate recipe. Two cups milk in the frother, two pumps vanilla syrup, HEAPING spoon of cocoa powder plus one small scoop, and the secret ingredient, a pinch of kosher salt. Holy shit that salt changes the game. I don't think my cardiologist reads my blog but if she does I'm probably in trouble. Dog forbid she follows me on Insta.

I listen to concerts on YouTube all day while I work. It's background noise, and for the most part, I don't really pay attention to the video too much. My ADHD brain can't handle too much video and still be productive. I've seen most bands that I've wanted to see in concert via YouTube. It's pretty amazing. I've even discovered new music through their algorithm which is super cool. Sometimes I lament that I can't take the videos with me when I'm in the car but then I figured out that I can take them with me in a way. I simply make a playlist with the songs from the concert and listen to the studio version of the songs. (Like this one I made on Amazon Music from Jason Isbell's Live at the House of Blues show in 2016). It's really dumb and I've been doing it for years. Don't let the country music fool you there. I still hate it. It's just that Jason Isbell has this southern country rock vibe that I dig. My favorite artists/concerts (w/YouTube link) are Guster, Steve Vai, Vulfpeck, Cory Wong, Zappa Plays Zappa, and Snarky Puppy. Seriously those are all in heavy rotation and I've made playlists for all of them in some way... Now when you hear me say that I might be moving to Montana soon, you know why...

I'm not participating in NNN. I just don't see the point. I don't see the benefit. Nothing and no one could probably convince me otherwise.

I've been grappling with me time lately... Like I want some fucking me time! Not in the way mentioned above you sicko. But like time for me, to play my guitar, do some house projects, fix my scooter... (I haven't had my scooter out since March... March! I had to order a new battery so I'm gonna hit the road soon...) It's more like the kind of me time like "Can I skip one little soccer game to go on a ride with my scooter club friends?" Like would the boy even notice or even care? I know the girl would. And certainly, their mother would. And what about if I'm not hungry at dinnertime? Can I just not eat with them? I wouldn't care but my wife sure does. And if I pick at my food (which does happen a lot more than you'd think) then I get the 20 questions treatment... Do you not like it? Is there something wrong? What did I do? What's wrong? Etc. Etc. Etc... Sometimes it's just easier to choke it down than deal with the fallout. This is what over 20 years of marriage really looks like.

I'm really appreciative of my sister. And my mom too. They took our dog overnight for a few days (for the second week in a row) while Lynn recuperates from the vein surgery she's now had done on both of her legs. He likes to lay in bed with us but literally walks all over us in doing so. And to leave the room he has to jump on/over Lynn to get to the door. So it has really helped to not have to deal with him. We also get a better night's sleep because he isn't waking us up to go outside at 3:30 a.m. I love the goofy bastard but I also love a good night's sleep. 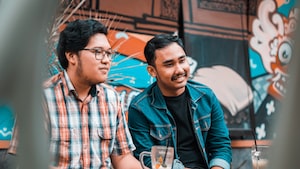 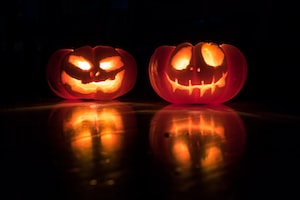